Teenagers may know full well how important final exams are – but that won’t stop some putting in minimal effort. This may be because their brains aren’t developed enough to properly assess how high the stakes are and adapt their behaviour accordingly.

Adults are generally pretty good at being able to tell when a situation is worthy of extra time or concentration. Research has found that, when potential rewards or losses are higher, for example, adults will perform better on tasks. But this doesn’t seem to be the case for adolescents.

Catherine Insel, at Harvard University, and her team asked adolescents between the ages of 13 and 20 to play a game while lying in an MRI brain scanner. In some rounds of the game, participants could earn 20 cents for a correct response, while an incorrect one would cost them 10 cents. But in rounds with higher stakes, correct responses were worth a dollar and wrong answers lost the participants 50 cents.

When the team looked at the brain activity of the volunteers, they found that their ability to improve their performance was linked to how developed their brains were. A region called the corticostriatal network seemed to be particularly important. This is known to connect areas involved in reward to those that control behaviour, and continues to develop until we are at least 25 years old.

The more developed their corticostriatal network was, the better volunteers were able to boost their performance on high stakes tasks, says Insel. 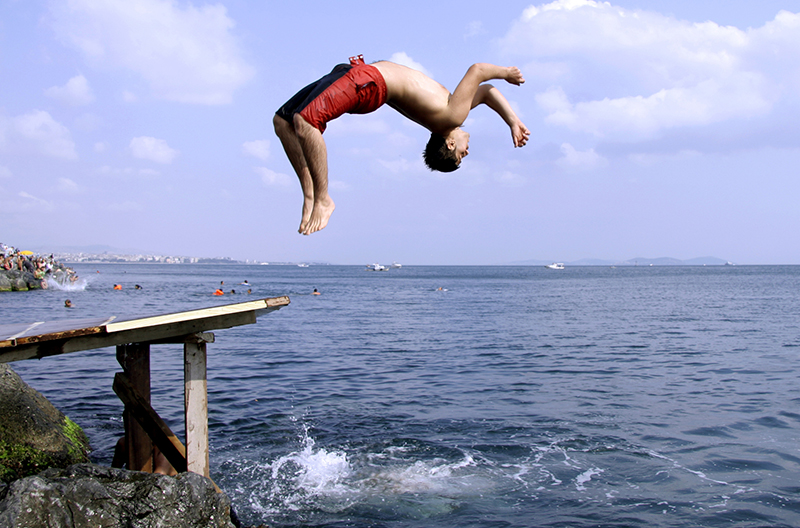 The findings explain why some adolescents are so nonchalant when it comes to risky behaviours, says Kathrin Cohen Kadosh, at the University of Surrey, UK. Teenagers are much more likely to drive dangerously, for instance, especially when one of their friends is nearby.

Stefano Palminteri, at the Ecole Normale Superieure in Paris, France, thinks schools should reconsider the way they test performance in adolescents. “This study suggests it’s not a good idea to evaluate school performance in a single final exam,” he says. A better idea would be to use a variety of smaller tests, conducted throughout the year.

It’s not all bad news for teens, adds Palminteri. “We could look at this the other way around,” he says. “Adolescents put the same amount of effort into tasks that aren’t ‘important’, and start to prefer hobbies to school.”

“It could be a good thing, allowing teenagers to learn complex social skills, for example,” he says.